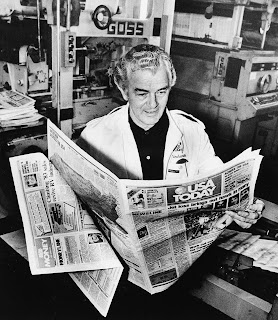 “To the end of his life, he was a contrarian in how he tweaked the journalistic establishment, dressed in his flamboyant wardrobe. Al often said (his early failure with a South Dakota sports newspaper) was a humbling and instructive experience, which he didn’t forget as he moved up the executive chain at Gannett and became a newspaper baron. It was a wonderful American life, from a poor family on the Great Plains to the infantry in World War II to the heights of American journalism.”
—Tom Brokaw, former NBC News anchor, on the death of USAToday founder Al Neuharth

• Editorial Comment: It may have been the “MacPaper,” but Neuharth’s USAToday changed journalism. 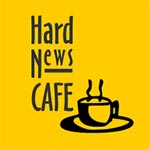 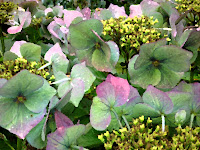 Posted by Ted Pease, Professor of Interesting Stuff at 6:29 AM 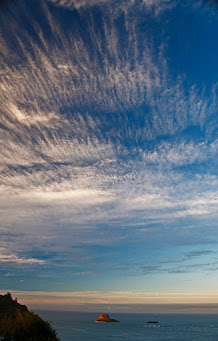 • ‘Humboldt Holds Its Breath’ in May, reports Senior News, examining the impacts of COVID and the shutdown.
• Civic Disengagement — As local newspapers fade, fewer citizens step up in their communities. Nieman Lab
• ‘An Unsettling Spring’ The April issue of Senior News goes a little schizophrenic with a celebration of spring amidst the coronavirus crisis.
• Coronavirus Also Attacks Ailing Newspapers ‘We were on borrowed time,’ The Guardian.
• Trump Rages at the Press Amidst the coronavirus, the president blames media for reporting his words. WaPost.
• ‘Inverse Media Environments’ A Pew survey finds Dems and Republicans see the news very differently. Nieman Lab.
• Go Buy a Paper! Report warns of a ‘national crisis’ as local newspapers die off, NYTimes
• Lost in a Fog In today’s media and political mess, Americans don’t know what to believe, NYTimes
• Misinformed Fox News does its own adherents a disservice, NYTimes
• Threats to Journalism The publisher of the NYTimes says journalism and democracy are in danger, NYTimes.
• Ageism Older Americans are 33%+ of the population, but are shunned in advertising images, NYTimes.
• Free Lunch. Only 14% of Americans pay anything for news. Nieman.Org.
• Fox as Trump’s State TV The connection between the White House and Fox is dangerous. The New Yorker
• The News Desert. UNC researcher documents the growing wastelands in America where there’s no news.
• Today’s WORD on Journalism on Facebook! Twitter, too! Join up and rant daily.

TODAY’S WORD ON JOURNALISM—Daily smart (mostly) and provocative squibs on the press, First Amendment, mass media, writing, society and (sometimes) fishing. About the WORD. To get the WORD (free!) by email: ted.pease@gmail.com.